Ford Escape is a very popular compact SUV across the globe. It is currently not available in India but is a pretty tempting choice in most nations. It has got a beautiful body and the comfort factor and refined engine appeals one and all. In the year 2011 the Escape had undergone some changes which had made it more appealing than before. The year 2012 sees no changes further and the same 2011 Ford Escape is available for the buyers to purchase. So let’s move ahead and read the full review of Ford Escape to know more about this car.

For all the trim levels of the Ford Escape a 2.5 litre four cylinder engine has been given with both front wheel and all-wheel drive system. It develops 171 horsepower. It can be provided with either a six speed automatic transmission gearbox or a five speed manual transmission gearbox. There is an optional 3.0 litre V6 engine that is available for XLS trim. It develops 240 horse power of maximum power. This V6 engine can tow up to 3600 pounds.

The Ford Escape Hybrid has got a 2.5 litre four cylinder gasoline engine along with a battery powered electric motor. Together they develop 177 HP of peak power. There is a continuously variable transmission system installed in it. All-wheel drive system has been given in this engine.

Trim levels and their specifications

The XLT trim has got all the features of the XLS trim along with some very interesting features. They are auto-dimming rear-view mirror, automatic headlights, fog lamps, six way power adjusting driver’s seat and music player with satellite radio. There is a leather package offered in this variant that adds heated front seats, ambient lighting and leather upholstery to the existing features. The sun and sync package adds a sunroof and the sync interface. The sport package adds upgraded interior and exterior, seven speaker music system and 17 inch wheels.

The Escape Hybrid has got dual zone climate control, sunroof, rear parking assist, chrome accents on the exterior, rear view camera, heated front seats, multicolour ambient lighting, leather upholstery and sync system along with all the other features sported by the XLT trim.

The interiors of the Ford Escape are neatly designed to appeal one and all. The sync system allows voice based commanding feature which is a pleasant addition to the interiors. The space in the cabin is ample. The backseat bottom cushion is flat and the seat can be folded towards the front but not towards the backside. The cargo space totals to 29 cubic feet and if the second row is folded it increases to 66 cubic feet. Something which is not so pleasant is the inconvenience experienced while folding the second row. Apart from this, everything else seems to be fairly good. The navigation system with its real time updates is of high convenience. The entertainment system provided in the Escape is something of great delight as its performance is pretty good. The leather upholstery of the Escape is of good quality. The ambient lighting makes the cabin appear very beautiful. The dashboard and the centre console enhance the look of the cabin furthermore.

The safety features included in the car are full length curtain airbags, stability control, ABS, EBD, tractions control. The Escape earned ‘Good’ rating in the front offset and side impact tests in the IIHS testing and a ‘Marginal’ in the roof strength test. The overall rating in the crash testing came to three stars by Insurance Institute for Highway Safety. These crash testing were much more stringent than the earlier years’ tests. So a three star performance is not bad at all.

The refinement and polished mechanics of an engine of any crossover SUV found these days in the global market is missing in the Ford Escape. The drive quality still can be tagged as pleasant. Kia, Subaru, Toyota, Honda and Chevrolet all leave this one behind with their sophisticated crossovers. The handling limits of this crossover are low as it feels heavy, almost truck-like. This makes its handling a little harsh on the driver. The electric assist power steering still manages to do its job pretty decently. The suspension is smooth and much refined than the older Escape. Acceleration is not thrillingly fast but also not painstakingly slow. It does stay behind the Equinox and the RAV4. The braking performance of the Ford Escape is found to be poor. When the car was brought to 0 from 60 mph it took a lagging 154 feet which is about 30 feet longer than any average car. Brake fading was also observed in the testing. It is not alarming though, but had to be made better by Ford which is again disappointing for the newer version.

Pleasant to drive with ample entertainment features, the Ford Escape has a good standing in the competition. If you don’t mind it’s not so contemporary looks and are swept away by its great features, it definitely is a much coveted choice and a good buying option. 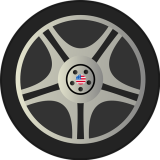